The New Mexico Holocaust Museum is committed to creating and presenting both permanent and special exhibits that depict the intolerance, social justice, and human rights issues that groups of people have encountered past and present from the Holocaust to the African American experience to genocide of minority peoples continuing to this day. The museum’s overarching goal is to inform and educate to eradicate intolerance and promote activism in our communities by becoming “upstanders.” An up-stander is defined as a person who speaks or acts in support of an individual or cause, particularly someone who intervenes on behalf of a person being attacked or bullied.

OVERTURNED: A LIFE ETCHED IN STONE

An exhibit of one woman’s journey through her family’s history, entangled in the Nazis’ efforts to persecute and eliminate Jewish German citizens. Emily’s story is accompanied by a brief history of the Stolpersteine Project (Stumbling Stones).

This interactive exhibit focuses on the history of hate in America and describes what constitutes hate crimes. It outlines what it means to become an upstander.

In 1882 the American government signed into law the Chinese Exclusion Act, the first immigration law to exclude an entire ethnic group. Our new virtual exhibit shows how these discriminatory policies developed, were resisted and have continued to be part of the American cultural and political landscape.
Visit the virtual exhibit...

Videos produced by the Museum including survivors’ stories and videos from the “Behind the Lens” program featuring High School students showcasing the work of Eva Galler and Mordechai Anielewiecz, examples of true upstanders during the Holocaust.
Visit the virtual exhibit... 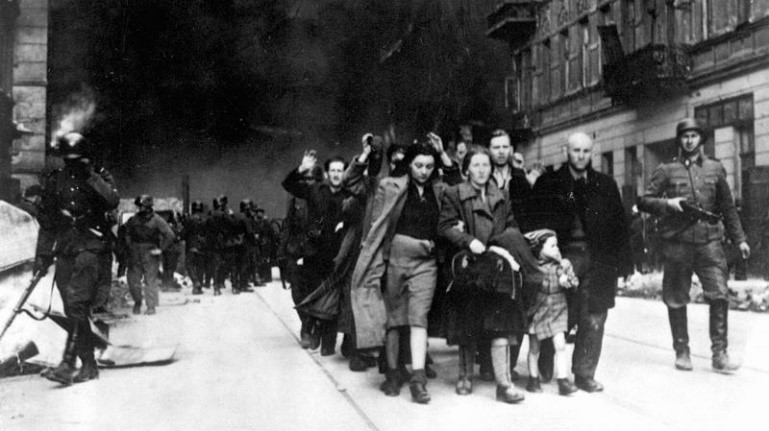 JEWISH LIFE BEFORE, DURING, AND AFTER THE HOLOCAUST

Holocaust exhibits cover life before the Holocausts, events leading up to it, life and death during the Holocaust, and life afterwards for those who survived.

Phase 1 of 3 examines slavery from the Middle Passage and life as a slave through to the start of the Civil War.

Our scroll, also known as MST#666, is one of 1,564 scrolls collected from Jewish communities in the Czech Republic devastated by the Holocaust. They were stored in Prague through the end of World War II until their rescue in 1963 by the Memorial Scrolls Trust in London.
Learn more...

GENOCIDE OF CHRISTIAN MINORITIES IN THE OTTOMAN EMPIRE

This exhibit examines the systematic slaughter of Armenians, Assyrians, and Greeks as part of an effort to “Turkify” the country’s minorities. Between 1915 and 1923, the Christian populations of Asia Minor (present-day Turkey) were systematically annihilated by the Young Turk government: 750,000 Assyrians, 1.5 million Armenians, and 350,000 Greeks were slain.

Hidden Treasures is a gift of Holocaust survivor Lilo Lang Waxman (7/25/1920 -11/23/2018) and is comprised of five “room boxes” and over 500 individual miniatures. These room boxes contain many incredible details of late 19th and early 20th century Jewish domestic life in Germany.
Learn more...

From April to July 1994, members of the Hutu ethnic majority in the east-central African nation of Rwanda murdered as many as 800,000 people, mostly of the Tutsi minority in 100 days. This exhibit tells the story of this tragedy.